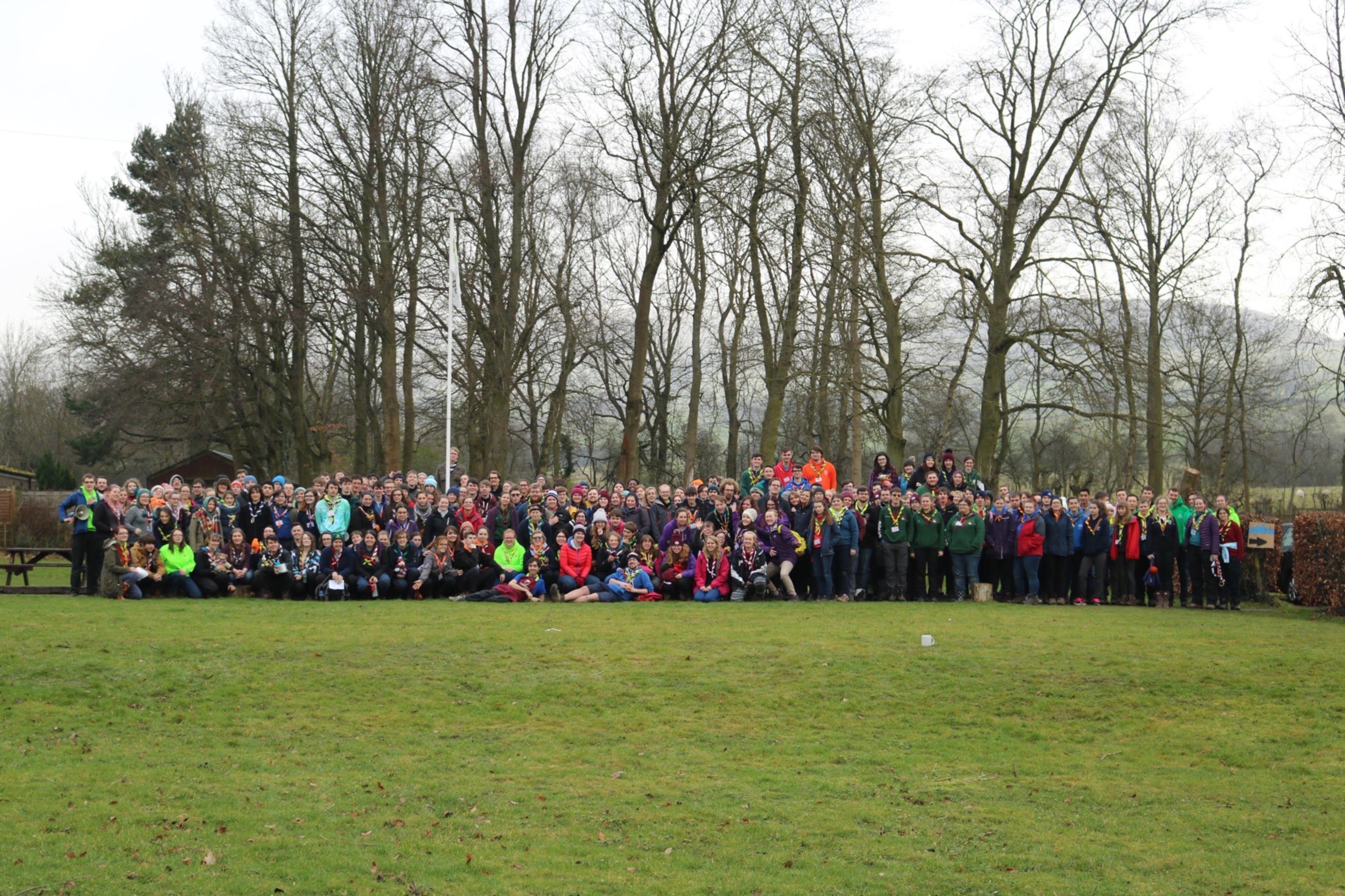 The SSAGO Spring Rally of 2017 saw around 250 SSAGO members from over 30 clubs from across the UK, Ireland and the Netherlands descend on a quaint campsite nestled in Hope Valley.

For the members who attended the previous year’s Feb-U-Rally they would have seen HUGS bidding for the opportunity to run the 2017 Spring Rally, but quite unknown is that Sheffield Hallam had been working on this idea for a while.

Throw-back to 2014 Pancake Night, a society night like any other but with the creation of an idea; an idea that would develop and inspire. That night we discussed theme, Saturday activities, even down to some kind of menu and then these elaborate plans were put aside and saved.

2 years later at SAGUWE Feb-U-Rally we gathered the courage and went for it! And won! We then had a year to assemble a committee and bust out well made plans.

Over the last year we’ve had our ups and downs, finding a venue for the camp, a venue for the AGM, finding a ceilidh band and booking the relevant transport for the Saturday activities. But in no time it was the week before and Best of British Rally was upon us!

Well before the members started to arrive, the staff were on site preparing for the arrival of groups. The marquee was slowly being erected under the leadership of Sherlock Badger Whiskers (their dog) and staff tents started popping up close-by. The food enough to feed the 250 began to arrive too, though a little puncture hindering progress till a helpful postman aided logistics in true British fashion. 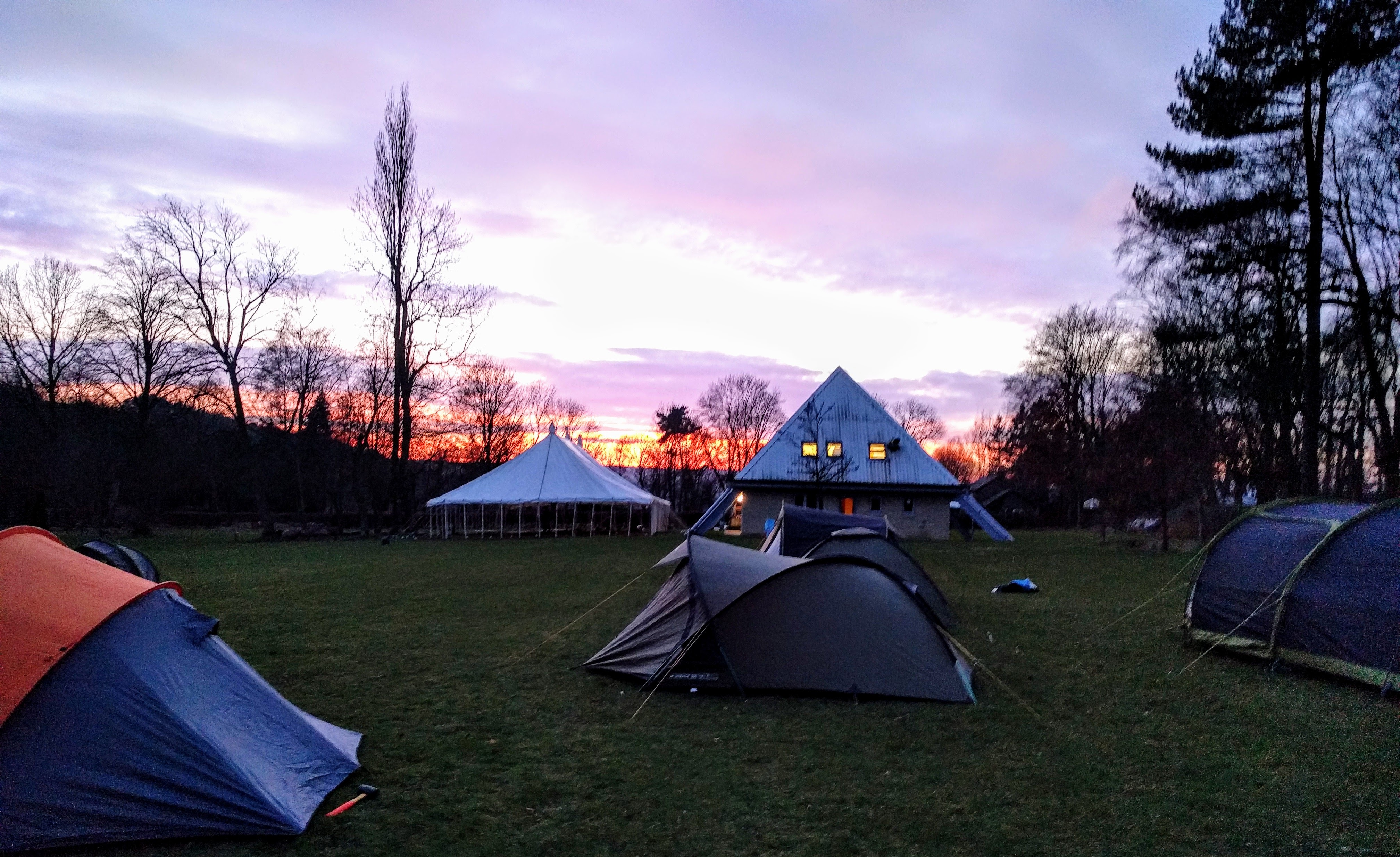 6pm saw the first attendees arriving on site and dinner was promptly ready serving up a deconstructed cottage pie with Henderson’s on the side. As members started to roll in the site began to fill up both themselves and the site, it was time for the campfire. Which proved challenging due to the wet weather, but the teamwork instinct of SSAGO brought more people to step up to the line and aid the process of lighting the fire. 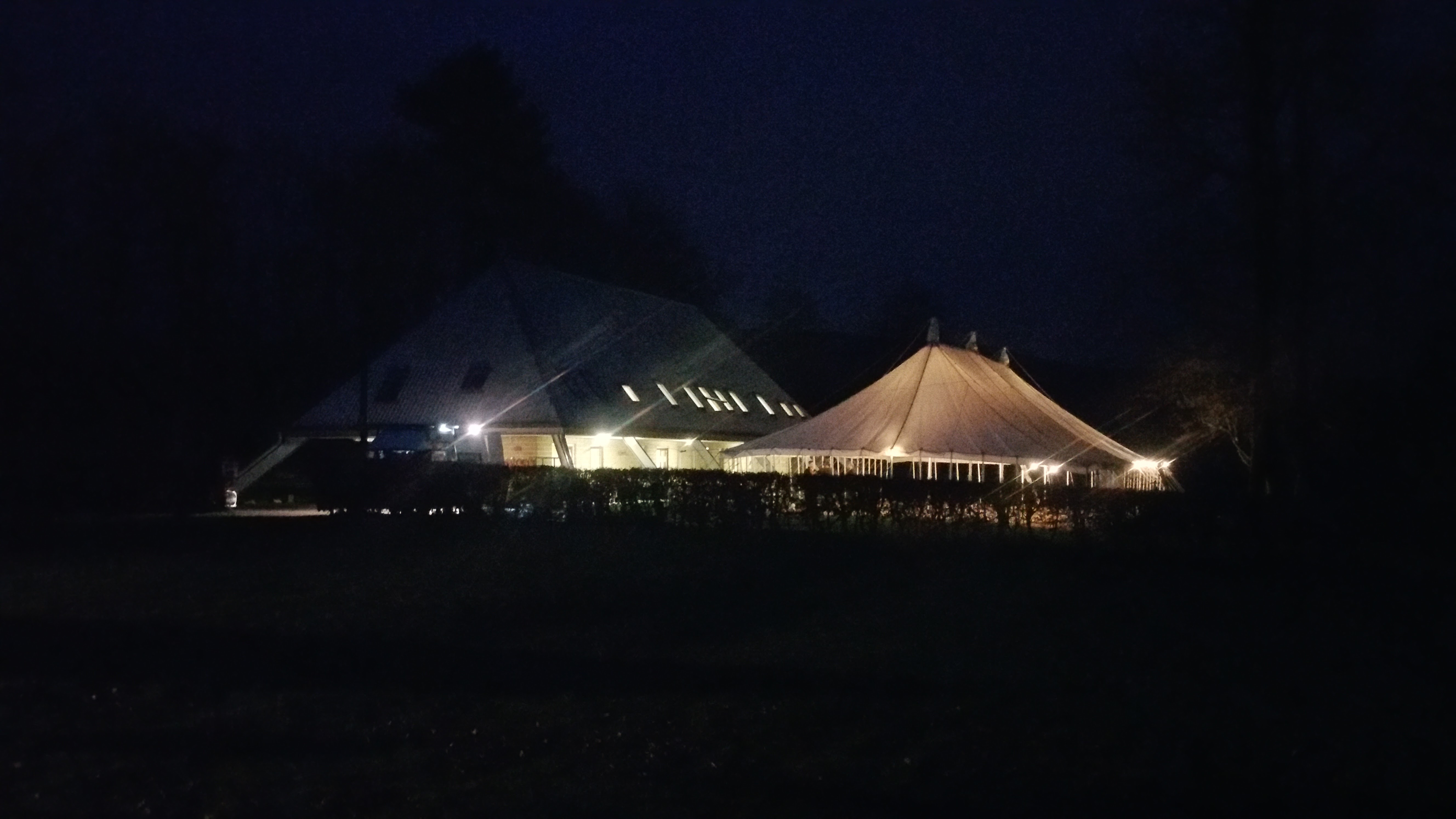 As the clocks struck midnight a coach load of SAGUWE, BUGS, PLUGS, Cardiff and UOBGAS completing our expected arrivals for the night, unfortunately AberSSAGO were having minibus troubles and packed it in for the night ended up camping out in their minibus. 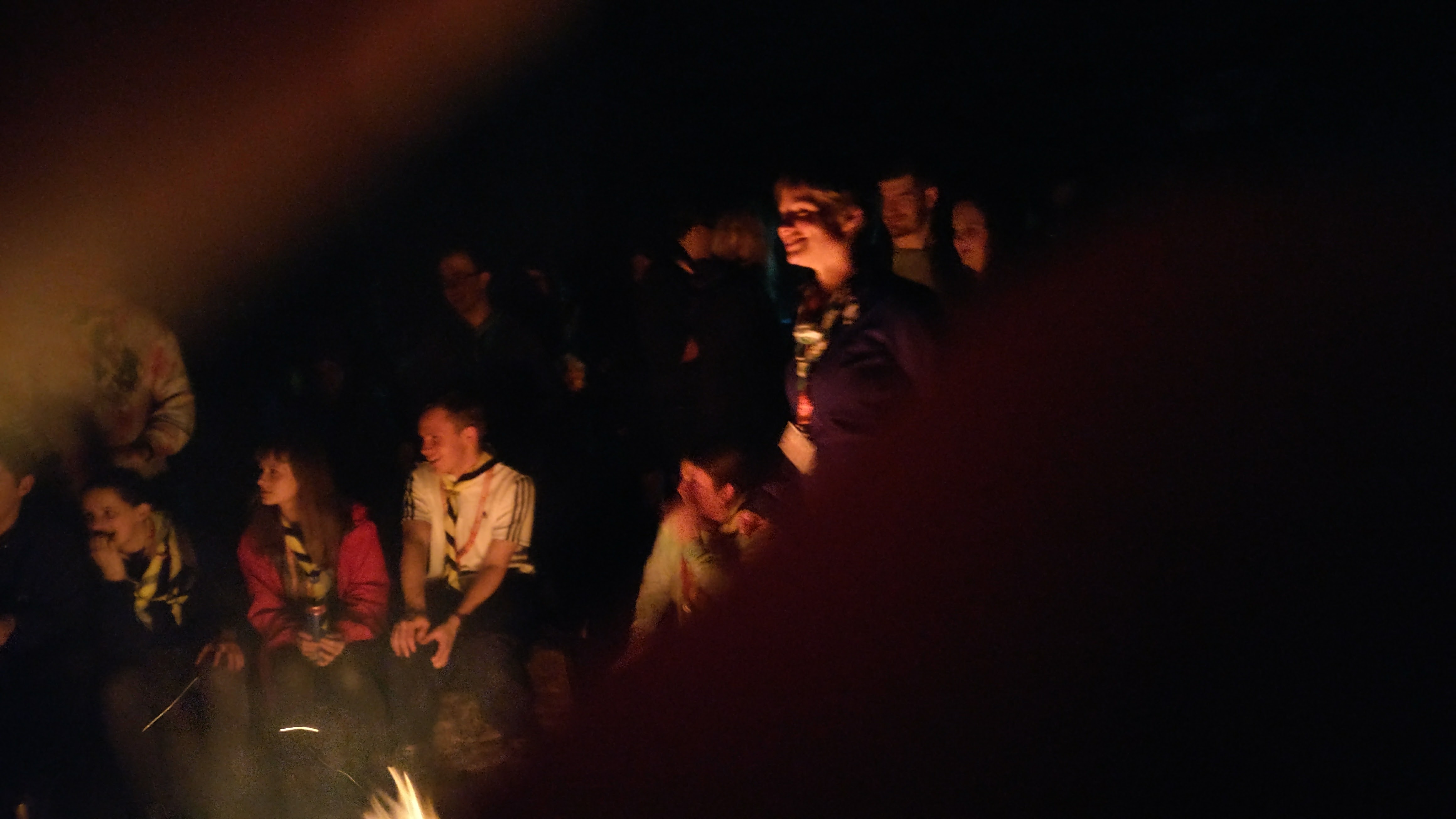 The morning rays saw the picturesque view of the Peaks District from where Glenbrook is cosily situated. As breakfast was served a glance over the tent populated field saw the arrival of our coaches to the morning activity.

Saturday’s morning activity consisted of a well-loved HUGS Photo Challenge combined with a Great British Monopoly. The teams spread far and wide across the Sheffield city centre to fulfil the quest of the best group pictures across the various sights of Sheffield.

Following a quick dash around the city next came the afternoon activities that comprised of multiple activities in the centre of Sheffield including: Ponds Forge Swimming, The Foundry Climbing, visits to local museums and 3 different pub crawls! We saw multiple activities off into the wider reaches of the peaks with a variety of hikes and a visit to the Blue John Caverns, and a SSAGO Guaranteed British Bake Off on site that Mary Berry and Paul Hollywood would be proud of! 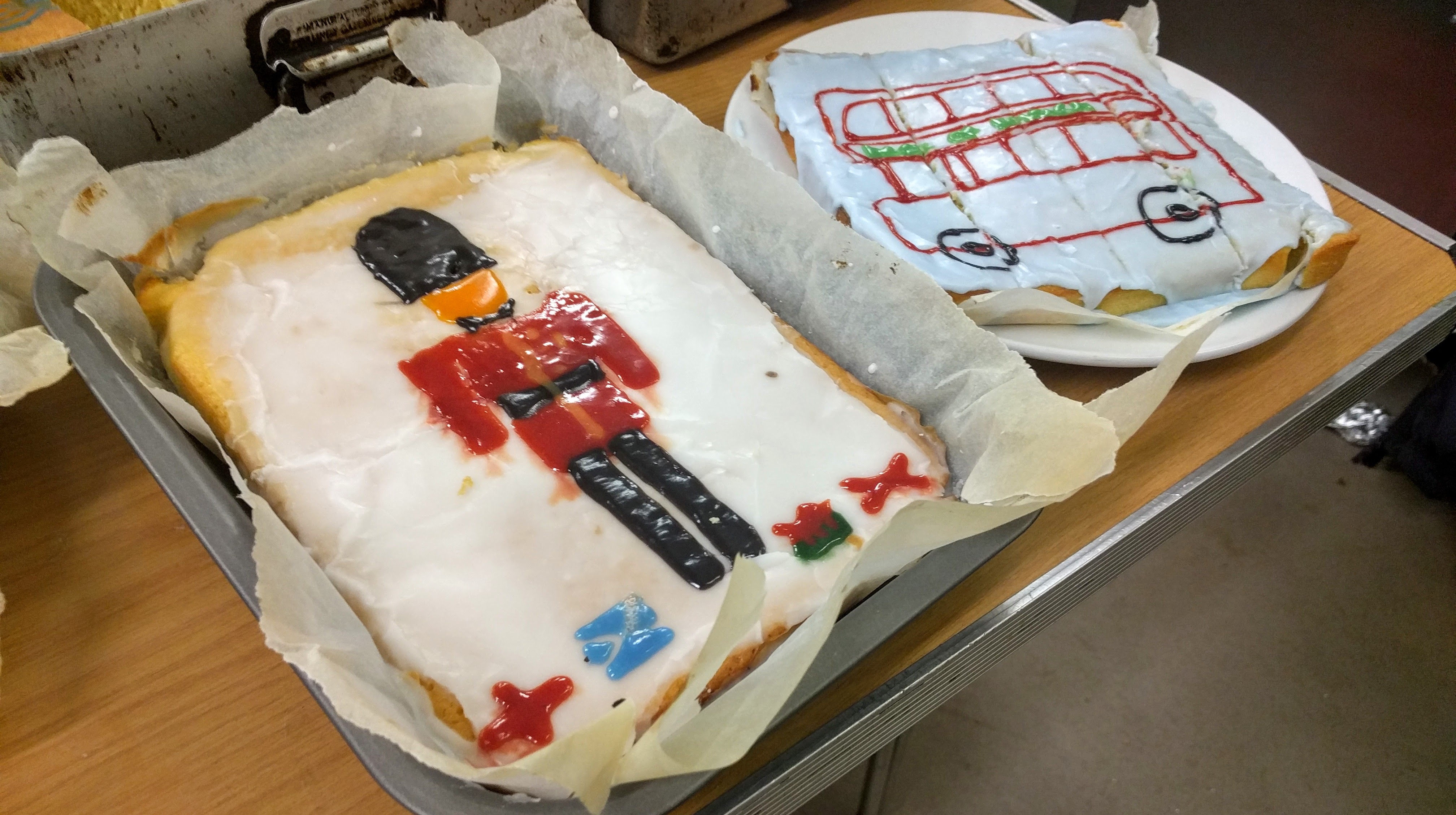 Afternoon turned to evening and the festivities turned to the merry with a banjo fronted ceilidh in the massive marquee that could easily fit all those who wanted to take part, although the flooring had other plans causing many entertaining falls throughout! No SSAGO Saturday would be complete without the fancy dress competition that saw the full cast of Alice in Wonderland, Harry Potter, Great British Bake Off, an EU Flag and an impossibly long and tricky to pronounce Welsh Town complete with daffodils, well done everyone for trying their Best for British!

As the ceilidh wound down people either made their way to a more successful fire than Friday night for an evening of sing song around the campfire, where others made their way back upstairs for a relaxing knitting workshop hosted by the Sheffield Hallam Knit-like-your-Nanna Society. As the night rolled on people retired to their tents exhausted from their busy days and in preparation of the reps meeting and AGM that lay ahead and a chance for the Rally committee to catch up on some needed rest.

Round came the day of the AGM, as our campers rose from their beds they were greeted by a sausage English Breakfast accompanied by a warming cuppa. The SSAGO Reps disappeared off to their meeting while more sleepy campers arrived for breakfast. Soon it was time for the Closing Ceremony and the presentation of the various SSAGO awards for their questionable actions whilst on rally. The Spoon of Incompetence went to Southampton for the car with tents arriving 2 ½ hours later than the minibus, even though they left at the same time, the pub crawl mascot when to Frances from Plymouth for scary Teddy the Dog at the Royal Standard, the local pub of HUGS and the pink Elephant awarded to the member for behaving most like a Brownie went to Oli from Plymouth for well… being Oli.

After the SSAGO group photo everyone wandered into the marquee for the AGM to review the year’s events, elect a new exec and for groups to propose themselves for upcoming events. 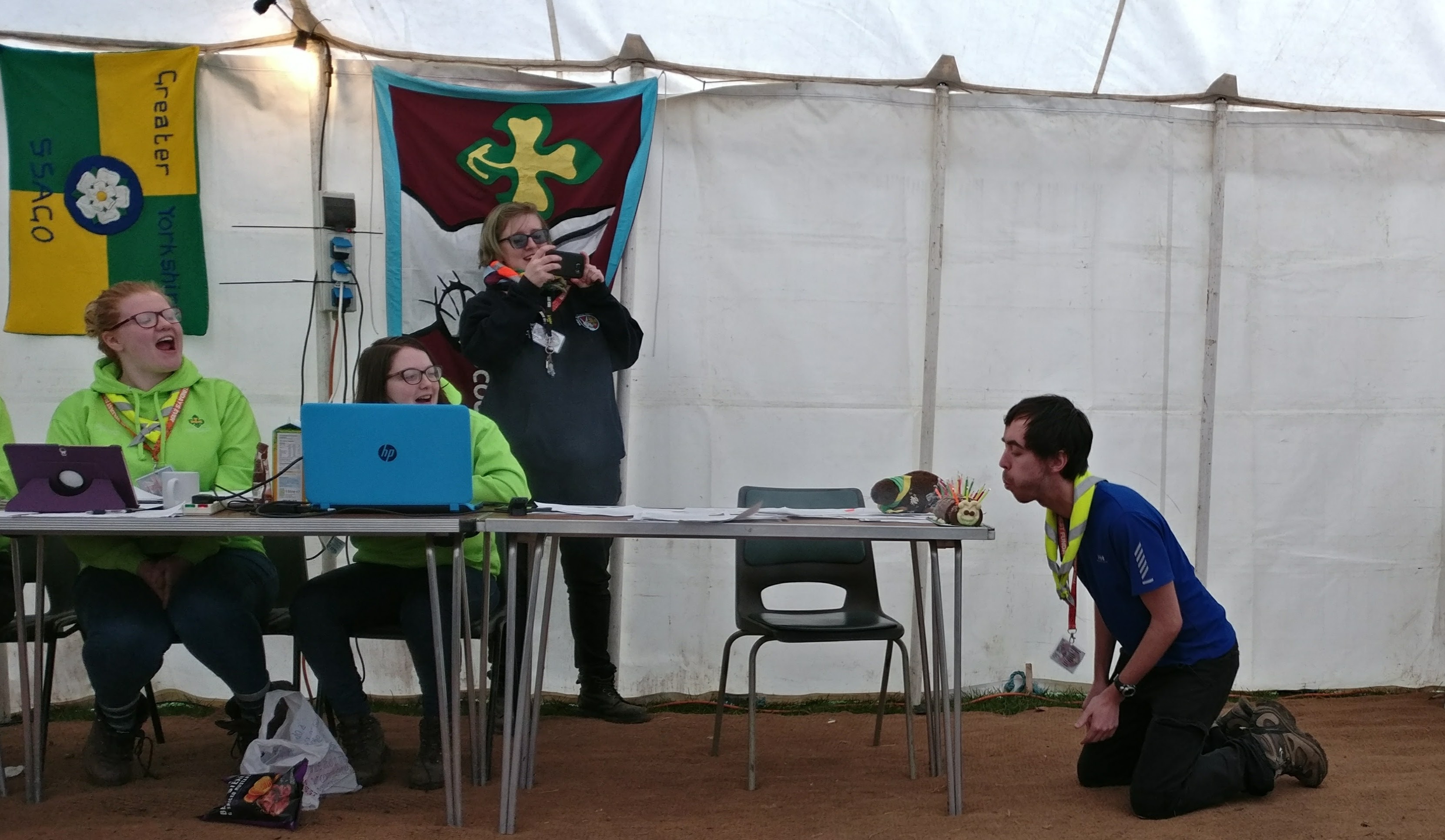 The end of the AGM called the end to the Best of British Rally, not before a round of Happy Birthday for the HUGS President Callum, who turned 22 on the Saturday but we’d all been too busy to celebrate it. And with that the members of SSAGO packed up and returned to their respected corners of the British Isles and the continent after a lovely weekend away. 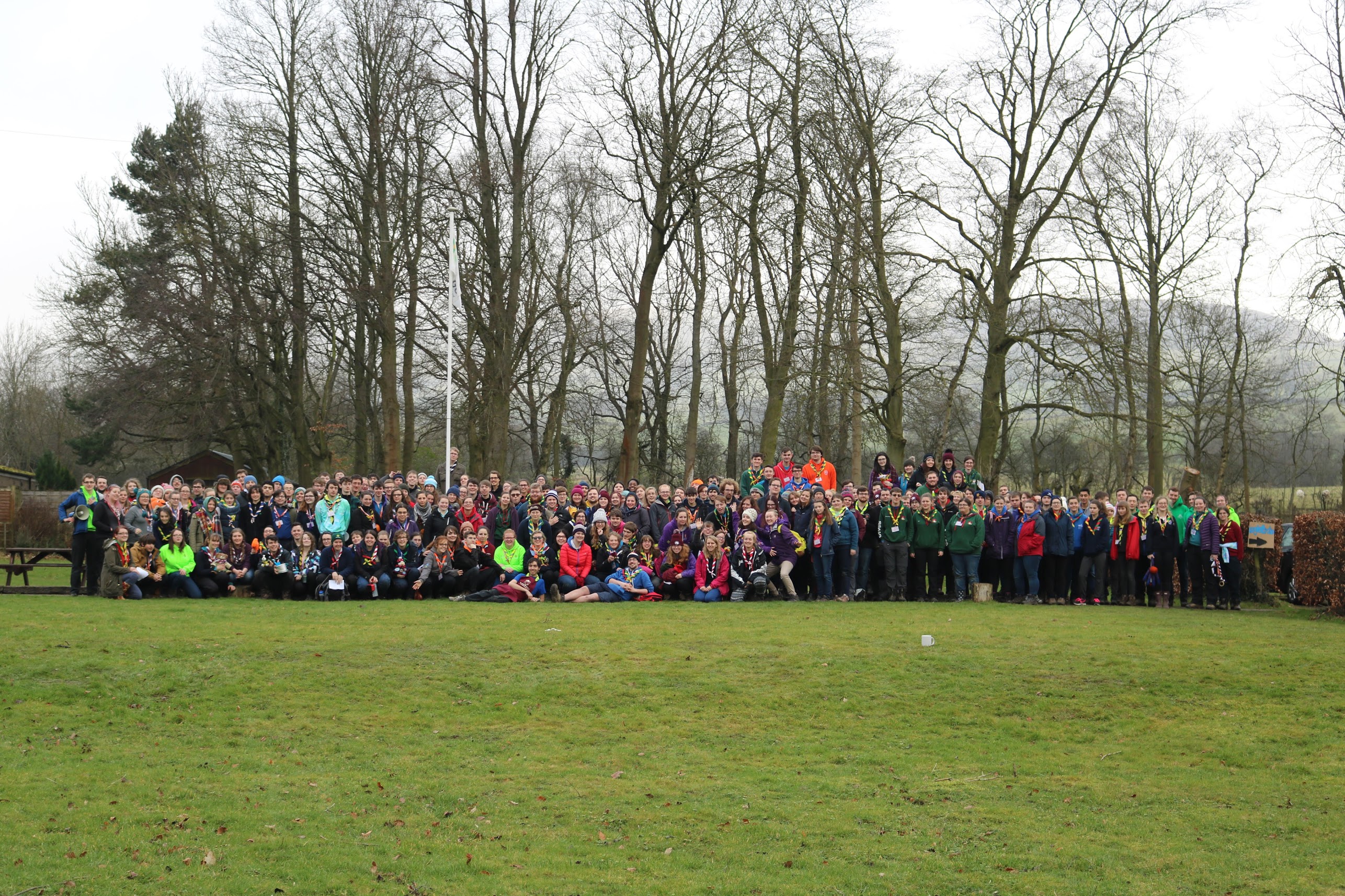