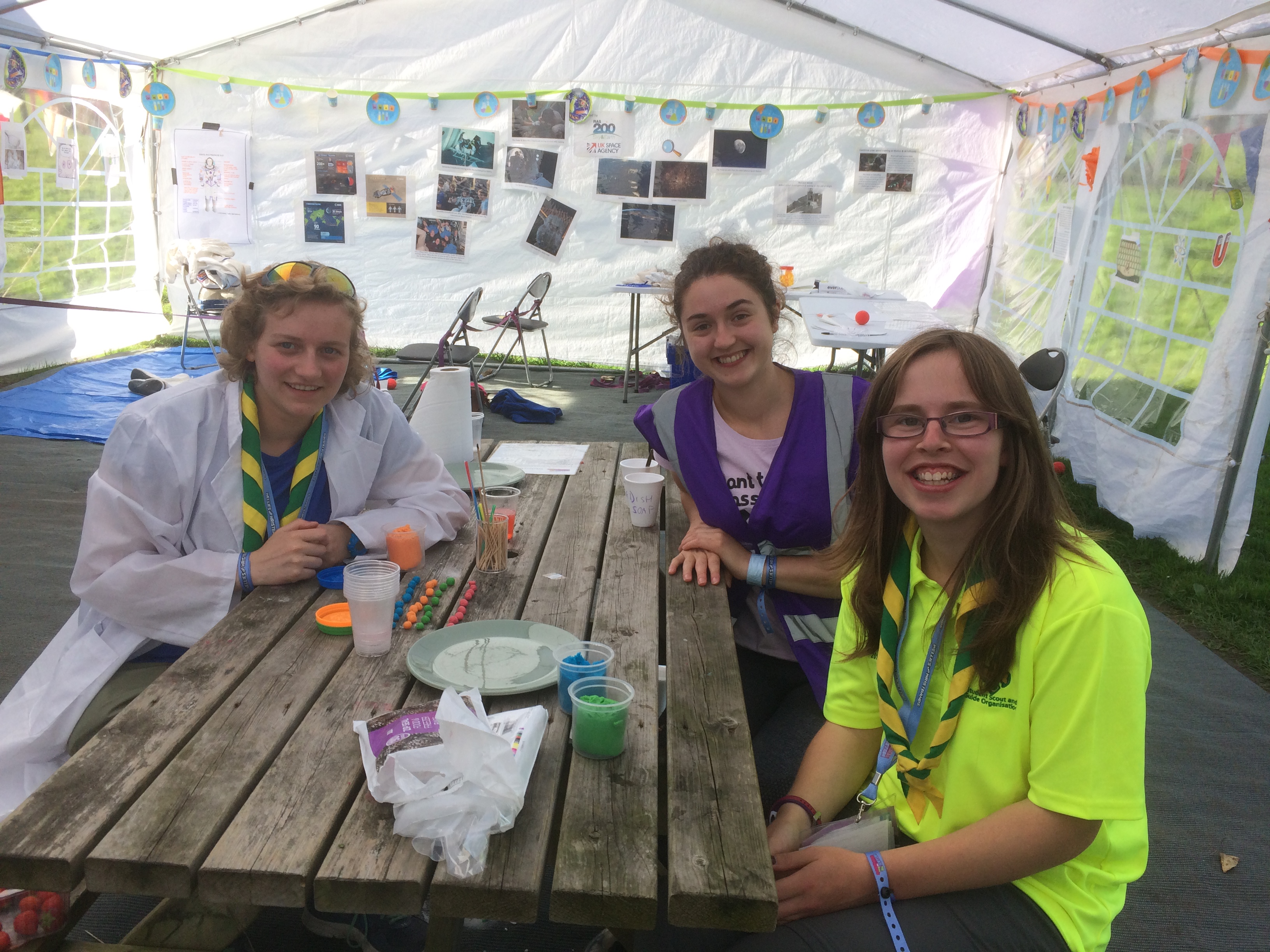 Student Guides teamed up with the Royal Astronomical Society for some out of this world activities at Wellies and Wristbands at Waddow Hall!

At Waddow Hall’s Wellies and Wristbands Lauren and I were given an activity to be ran on behalf of the Royal Astronomical Society (RAS giving the girls an insight into being an astronaut and try on a real space suit.

The first full day began. Along to the science zone we headed to get to grips with the experiments that would be carried out over the weekend as the rest of the volunteer team headed to welcome the girls.

In the science zone, it was time for the fun to being and the knowledge from high school chemistry came flooding back. The first task was to create our all-important 'sterile area' for the space suit instructed by the RAS, as well as setting up the rest of the table top experiments for the girls to try themselves. Though most experiments worked first time we were having little success with the hydrogen pop and concluded that our acid was too weak so we left it until the next day and asked a science teacher who was on site. As the evening drew in it was time to enjoy the music and make new friends.

Saturday arrived and the weekend was in full swing, we were ready for our first busy day of science. Before the activities started we had to try on the space suit, similar to the one Tim Peak wore when he went to space. The suit is designed keep someone alive for 30 hours in a pressured environment or 2 hours in a vacuum for training purposes although it weight 10kg it didn’t seem too heavy to wear it was hot and uncomfortable.

The girls came in and the morning led experiment was 'relight my fire'. I was trying to get the hydrogen pop to work this time with more success by changing the hydrochloric acid to Vinegar as suggest by my Uni mate studying Chemistry, meanwhile Lauren was helping the girls try the space suit. In the afternoon we started to extract DNA from strawberries that the girls seem to be fascinated with the idea.

As it came to 6pm it was time to close for the day and enjoy the music for the evening. This didn't last for long as we were soon called to help with crowd control for the ‘meet and greet’ area as it was too much for the stage team to keep control by themselves. Although it would of been nice for the evening off it gave you something to do as well as being an enjoyable way to listen to the music at the same time.

Sunday morning arrived and different set of experiments to be done. The morning we were making red cabbage indicator where the girls observed how it turned red when added to an acid and blue when added to and alkaline. It was great seeing some of the same faces as the day before. As the afternoon came we made an iodine clock, but as science goes it didn't work first time. The final experiment of the day was the flame test, seeing what colour of the flame change when different chemicals are added. It didn't work the way we planned with pine cones soaked in the chemicals but it did when adapted the method and we lightly sprinkled them into the camping stoves. Once we had used up all the chemical we found some mini marshmallows and started toasting them on the stove. (We probably shouldn't have done this with the chemical residue was still being burnt but we lived to tell the tale as they say.)

As it got near 6pm it was time to pack up. Once cleared up, time for evening entertainment and once again more help was required for crowd controls. As the night drew in we when to the bar (like any student should) to celebrate the end of our shift and a great weekend.

Monday morning and the tidying up was soon upon us. The clearing up of the campsite began and the atmosphere was changing as we were all sad to go home but exciting for a good night sleep. The morning seemed to fly past and everything was put away by the time we got back from helping at the campsites. Then it was time to go home as another camp was over

It was an amazing Weekend at Wellies and wristbands and would recommend this to others as it’s a camp with a different and a safe place for Guides to enjoy their first festival. 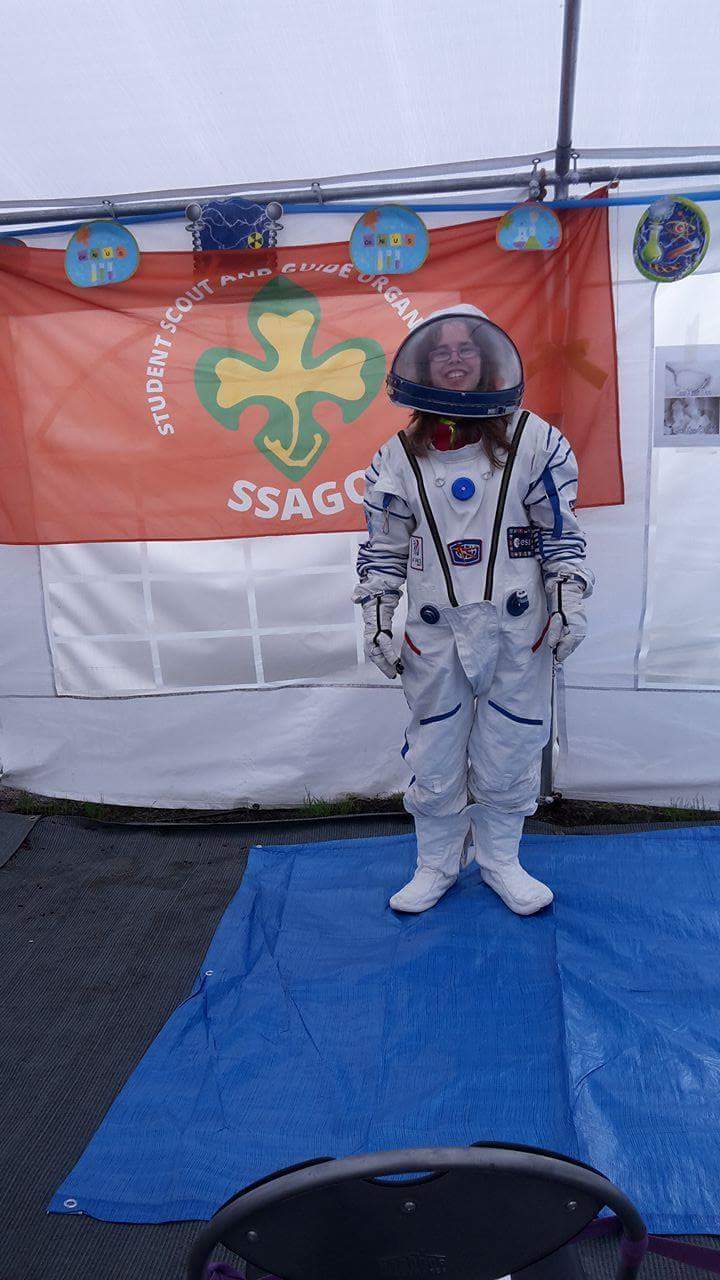 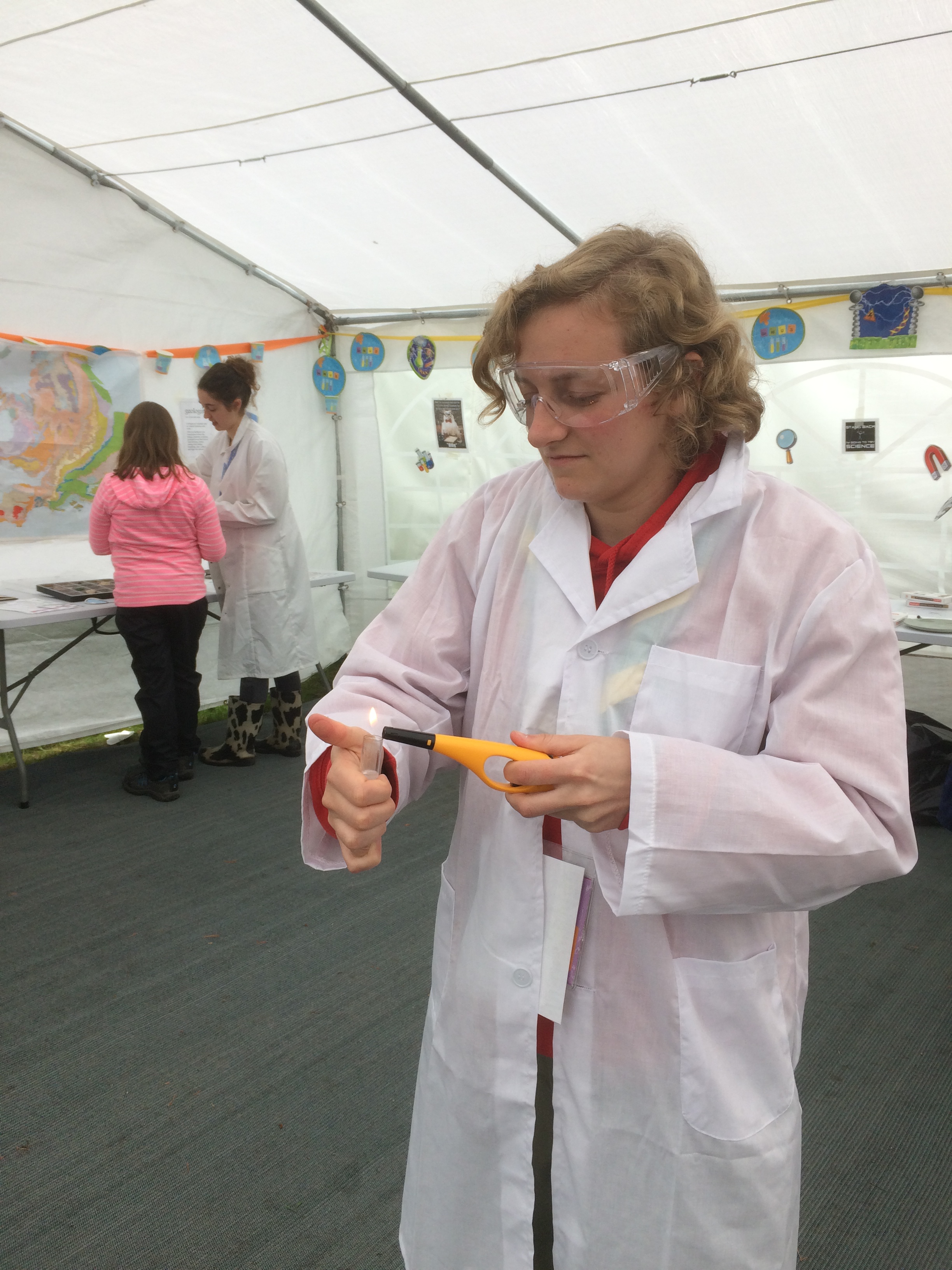