Your Ultimate Guide to the AGM 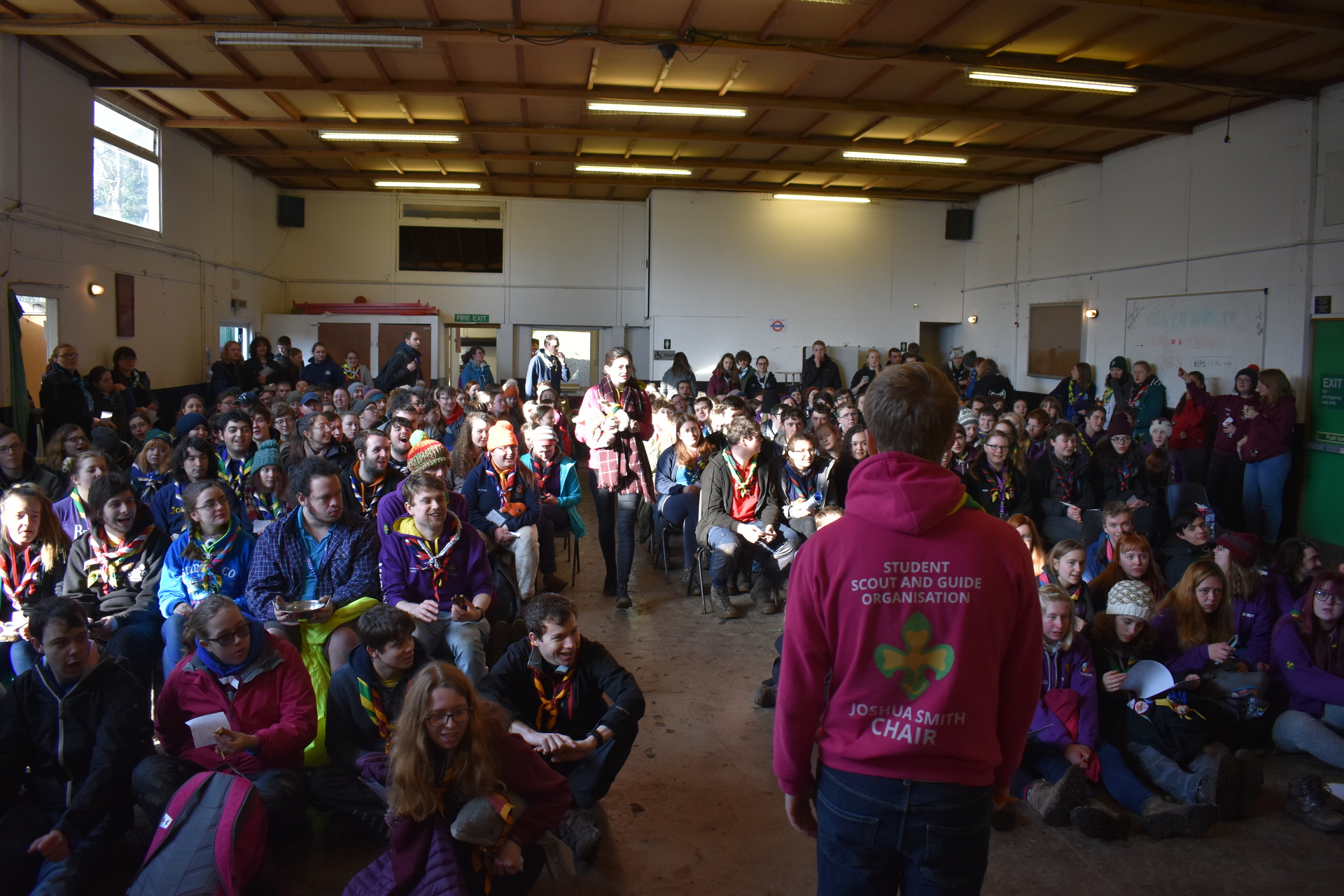 Do you want to leave your mark on SSAGO's story? Perhaps you have some really good ideas for projects and events SSAGO could run? Now is your chance to get involved and run for the 2019-2020 Exec team!

The new year is always a busy and exciting time for SSAGO, with February rally fast approaching and everyone gearing up for the next AGM and elections!

If you haven't been to a SSAGO AGM before it is a big meeting of everyone who is at February Rally where the Exec report on what they have achieved in their year, events all give an update about what's to come, and members vote on who they want to form the next Exec team and where they want the next national events to be.

It's an important meeting for us all but can be even more important to you if you decide to run for something! This guide should help you understand the important elements of doing that, but if you have any more questions you can always contact the current Exec at exec@ssago.org.

What is the AGM?

The Annual General Meeting (AGM) is a big meet up of lots of SSAGO members where we discuss what SSAGO has achieved in the year gone and organise things ready for the future.

Who goes to the AGM?

Everyone who attends February Rally is asked to attend the AGM on the Sunday morning, the Exec are all there and are helped by one (or this year 2!) returning officers who are often from our sister organisation SAGGA. It is also common practice for representatives from Girlguiding UK and The Scouts to be invited and see what we have been getting up to.

How long will it last?

The length of the AGM can vary depending on how many event bids there are and how many people run for Exec but it is usually around 2 hours.

What will I do at the AGM?

If you aren’t running for anything at the AGM you will get to vote on each national event and Exec position. There is also a tradition of an AGM bingo game so make sure you bring a pen!

What do the Exec do?

The National SSAGO Executive (usually just shortened to Exec) is made up of 5 SSAGO members who are elected at the AGM and then spend 12 months running national SSAGO. It is very similar to how clubs work with their committees but the Exec can be from all over the country and are responsible for all aspects of SSAGO from communicating with Girlguiding and The Scouts, organising support events, ensuring membership is all paid, supporting clubs and members through disputes or disagreements, and overseeing the national events and all our financing. The Exec can be identified by their pink merchandise and are there to make SSAGO the best it can be for all its members.

Can I run for Exec?

Running for Exec is a fantastic thing to do and if you are a full member you can probably run for a position. The only people who aren’t eligible to run are associate members, anyone who has already served 3 terms on the Exec and anyone who is on a committee for a national event.

What positions are there?

The Exec is made up of; Chair, Secretary, Treasurer, Membership Officer and Publicity Officer. A description of each role can be found in the appropriate policy document on the website here

If you want to know more about a position, do get in contact with the current Exec, they are the best port of call for any advice! They can be contacted on their email addresses listed below, or can all be found on Facebook and are happy to be messaged.

How do I run for Exec?

In order to run for the National Exec, you need to apply at vote.ssago.org. You will need to write a manifesto explaining why you think you would be good for the role and what you want to achieve in your 12-month term. Remember this manifesto is what a lot of SSAGO will use to decide on their votes so make it as epic as you are!

You will also need to find someone to propose you (your proposer) and someone to second you. These both need to be current members who are from different clubs from both you and each other. Your proposer also needs to be willing to give a quick speech about why you would be good for the role at the AGM.

No. Electioneering (or campaigning) is banned within SSAGO. All the manifestos will be fairly and evenly displayed before the elections, candidates must not publicise their own bid.

Bidding for a National Event

How do we bid for a national event?

In order to bid for a national event, you will need a group of people who want to be involved in running it, an idea of the location of the event and a theme to pitch to the rest of SSAGO.

What events can we bid for?

Who can bid for an event?

Any group of SSAGO members can bid for an event, you can all be from one club but you can also be a group from all over the place.

What does running an event involve?

Running a national event is a challenging but rewarding experience, you can find out more about it through the factsheets on the website here.