Team Pink are the team of the Executive Officers and Assistants who are responsible for the running and development of the National Student Scout and Guide Organisation. 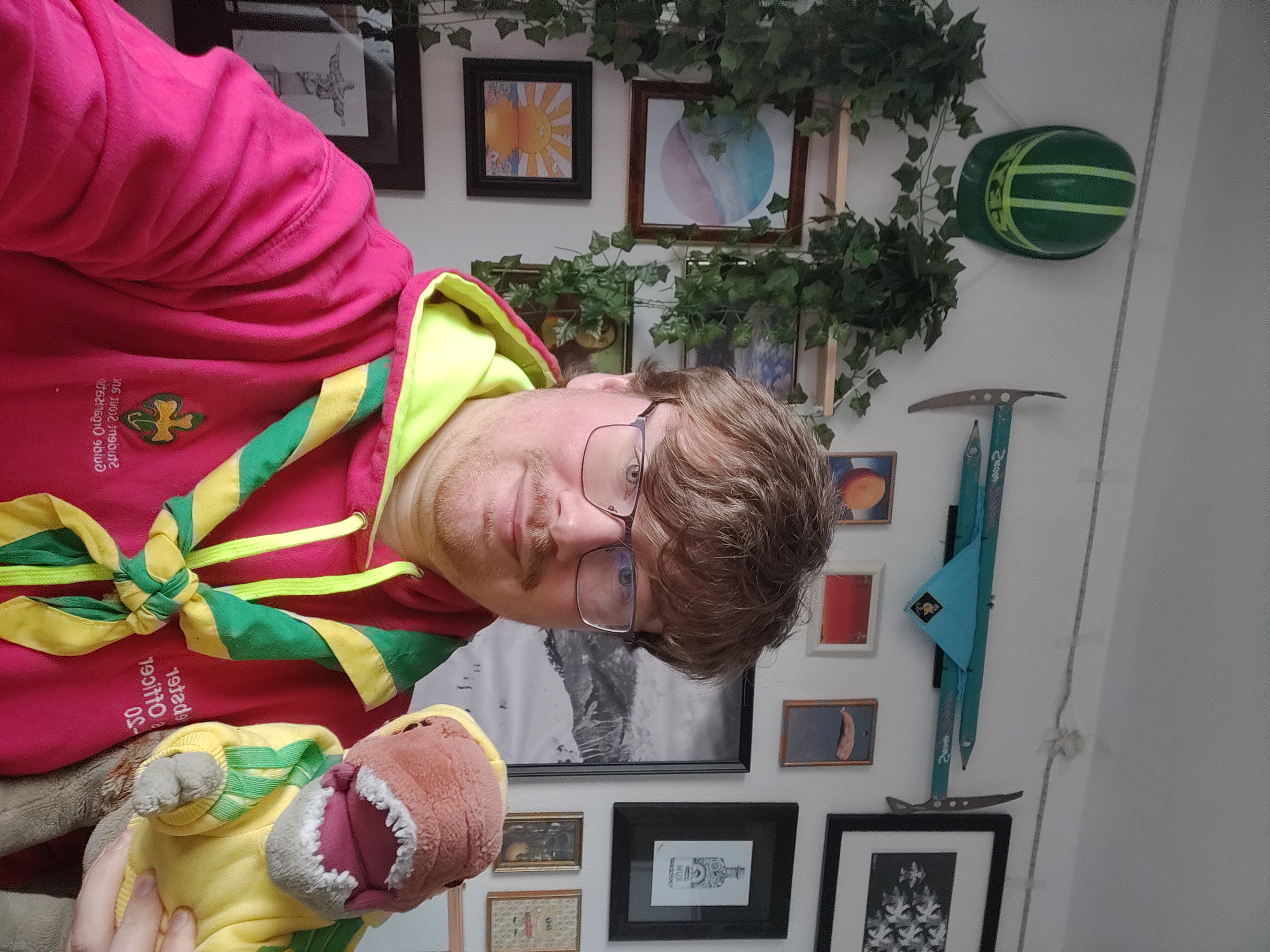 Hey, I’m Tom and am the SSAGO Secretary! This is my seventh year of SSAGO, spending four years reading Mathematics in Cambridge, a year as an associate working in London helping with CUSAGC and other clubs and I’m now in my second year of a PhD in Informatics at Edinburgh and am an Indie member of SSAGO.

I first joined scouting as a beaver in Sheffield, moving up through all the sections until I finally reached SSAGO! I spent my first years heavily involved in CUSAGC as social secretary and then chair. It took a while to make my first national SSAGO event, Leeds Northern Lights Ball in 2016, quickly followed by Southampton Dino Rally and then every other SSAGO event since. Along the way, I ran Cambridge Duck Rally in the Summer of 2018, the virtual Green Rally Yellow Rally in 2021, had 5 other committee positions in CUSAGC and was part of the ScotNorth virtual fresher's event! Through SSAGO I've massively increased the number of UK cities I’ve visited, met loads of amazing people and had some extraordinary experiences.

This year I'm aiming to keep the best of virtual SSAGO as we (hopefully) return to something a bit more normal and plan to do lots 'behind the scenes' to try and make national SSAGO more accessible and democratic as well as creating some structure for SSAGO to efficiently accomplish long-term tasks that have been passed down from one exec to the next exec (often more than once).

I think the best thing about SSAGO is it’s members and I’m always happy to hear from you, send me an email, tag me on Discord or find me at a SSAGO event (if we get to have one), I’ll be wearing pink!